The value of Value 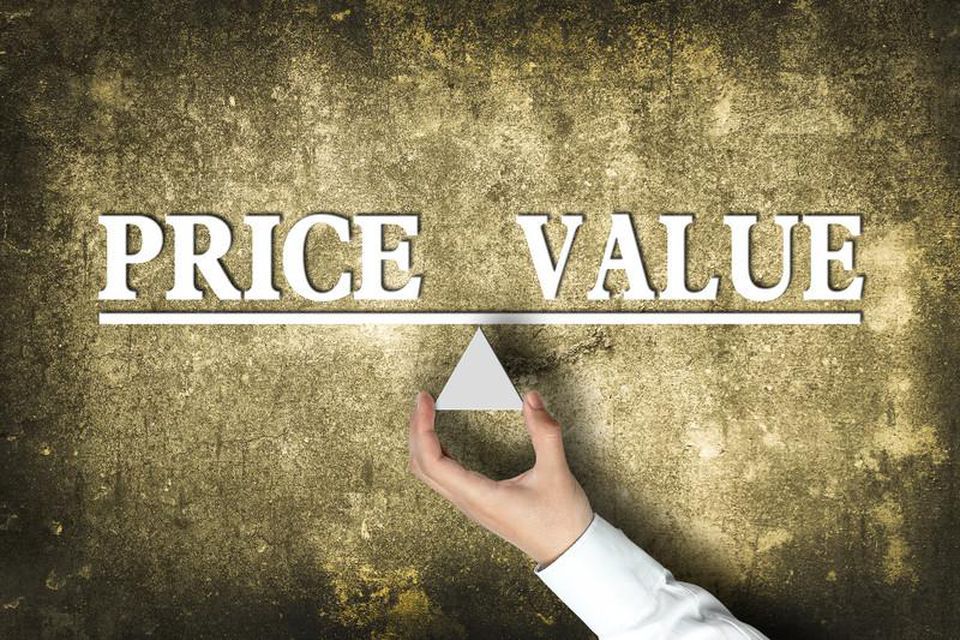 It’s no secret that ‘value’ based investment strategies have generally underperformed absolute market returns throughout the current bull-market, with this underperformance being particularly acute over the past three years. Importantly however, the underperformance of value as a style has not been driven by a failure of value investing to deliver on what it sets out to achieve. Rather, in many ways, it has been a function of what value investing sets out to avoid.

The ideas behind value investing today are much broader than those originally envisaged by Benjamin Graham, the academic credited with its birth. Graham’s work heavily influenced some of the world’s most famous investors, notably Warren Buffett, who have both expanded on his ideas and applied his approach to a much wider universe of investing strategies. Nonetheless, the three core tenets of Graham’s work have remained unchanged in the eighty-five years since he first published them. Today, these principles continue to act as the mainstay on which all value-based investment strategies rest. Ten years into the longest bull-market on record, they also form a highly relevant lens with which to consider markets.

1) The future is unknowable

The first principle of value investing is that the future is unknowable. That might sound trite but consider the authority that most analysts summon when setting out their market forecasts. Much of the published investment research today suggests that the task of economic forecasting enjoys a level of precision normally reserved for hard sciences, like physics. Friedrich Hayek, a Noble Prize-winning economist, referred to this as the ‘Pretence of Knowledge’. Hayek described the task of economics as being “to demonstrate to men how little they really know about what they imagine they can design.” In the real-world, both economists and market forecasters have dismal records of predicting things like recessions, or major turning points in the share market. That is not to say their efforts are without genuine analysis or hard work, but rather that – in an $80 trillion global economy, driven by 8 billion individual actors – divining such things is beyond the tools we have at our disposal.

2) Find a margin of safety

As investors, if we accept that we cannot predict the events that we would most want to know, then we are confronted with two choices. First, we can fall back on the ideas behind the Efficient Market Hypothesis (EMH). This proposes that investors are rational economic actors, and that all new market information is instantly reflected in security prices. In this paradigm, we accept that the risk versus reward equation that underlies all investing is pre-determined for us. We will earn the return of the ‘market’ and live with the ‘risks’ that this entails. If you invested your retirement savings in February 2009, bully for you. If you instead invested them in February 2008, well, that just reflects the risks that come with investing in the ‘market’.

An alternative approach to this is to pursue an investment strategy where some form of a margin of safety exists. A buffer that can protect us regardless of the economic weather, or the broader fortunes of the market. The idea of seeking a ‘margin of safety’ is the second of Graham’s key value-investing principles. In many ways it is the defining feature of the investment approach. Most value-based strategies are thus anchored on two equally important goals, generating investment returns and preserving capital.

3) All securities have an intrinsic value

Finding a real investment buffer is of course an exercise that is easier said than done. Graham’s third key principle of value investing is the idea that all securities have an intrinsic value. If you can determine this intrinsic value, and then buy the asset at a discount to this price, you have created the buffer you need to protect yourself from the whims of the market.

This final concept is where many value-based strategies often fall down. Determining the intrinsic value of an asset can too often become a subjective exercise. In truth, there is also inherent tension between Graham’s first and third principles. A cynic might ask how you can hope to determine a knowable intrinsic value in a world where the future is unknowable.

Regardless of its drawbacks, the broader concept of seeking a margin of safety when you invest is a powerful idea. As a philosophy it has been adapted and expanded on greatly since Graham’s time. Share market investors like Warren Buffett apply it when they talk about their search for stocks with wide ‘economic moats’. Businesses that have structural competitive advantages, either through a business model or brand that cannot be readily replicated. The ‘moat’ ensures a long-term competitive advantage, and if the business is bought at the right price, excess market returns are generated over the long-run.

As with all investment approaches, value-based investing has its pitfalls. Some come down to a generic application of the approach that often does not keep pace with the economic landscape. For example, many value investors screen potential investments using metrics like price to book value or price to earnings ratios. It is easy to construct a portfolio of ‘cheap’ stocks using such metrics. Whether they are companies truly trading below intrinsic value is another question. One of the greatest economic forces of recent times has been the arrival of the ‘disrupter’. Typically, these are technology-based companies with innovative approaches to competing in established industries. One of the defining features of the disrupter business model is its low capital intensity, with new technologies removing the need for large capital investments. Given this, holding a portfolio of stocks today that look cheap on a price to book value basis, may in fact just mean you own a collection of companies in structural decline.

Stocks that look cheap on a price to earnings metric are also subject to the same sorts of limitations. Cheapness relative to near-term earnings can often reflect a company with challenged longer-term prospects. Confusing ‘cheap’ with ‘intrinsic value’ is thus one of the key predicaments value investors must navigate.

Seeking both a return on capital, and a return of capital

Despite its draw-backs, the ideas behind value investing remain highly relevant. Value as a style has underperformed in recent years primarily because value-based strategies seek investments where a margin of safety exists.

Few of the drivers behind absolute market returns this cycle have demonstrated much in the way of safety for investors. In the wake of the Great Recession, central banks have thrust unprecedented levels of stimulus into the global economy. This in turn has driven asset prices relentlessly higher. Anyone doubting that markets today are being mainly driven by central bank actions, need only reflect on the magnitude of the share markets swings between September 2018 and March of this year. Global share markets1 collapsed 17%, and then rallied 17%², as the US Fed shifted from guiding to future rates hikes, to hinting at future rate cuts.

Collectively, central banks have injected US$14 trillion³ into capital markets since 2008 via quantitative easing. While today official central bank policy rates are negative in the Eurozone, Japan, Switzerland, Sweden and Denmark. Despite all of these actions, the recovery since the global financial crisis has been anaemic and characterised by low to non-existent levels of inflation. In the US, the only developed economy to experience a meaningful expansion since the crisis, growth has averaged a mere 2.3%, much lower than the 3.6% average of the past three cycles.

Against this bleak backdrop, investors have craved ‘growth’ of any kind. They have found it most noticeably in a small handful of high-growth technology stocks. Some of these companies have revolutionised entire industries. Many more have promised to do so but remain a long way from delivering on grand promises. This small basket of companies, often referred to as “FAANG”5 stocks, have dominated total share market returns in recent years. On our analysis, eleven of these stocks6 have accounted for 14% of all global share market gains over the past 5 years. Indeed, four of them, Microsoft, Amazon, Apple and Facebook, are responsible for 23% of the S&P 500’s total return during the first half of 2019.

From early 2000 through to the financial crisis in 2008, value as a style greatly outperformed growth. The period from 2000 to 2003 covers the dotcom crash and the ensuing broader market correction. While 2003 to 2008 were periods of solid global economic growth and normal levels of inflation. The excitement surrounding FAANG stocks today has obvious parallels to the dotcom euphoria of 1999 and early 2000. That does not mean this basket of stocks cannot continue to propel broader markets higher for some time to come. How much longer, of course, is unknowable in the eyes of a grizzled value investor. What is clear, is that – having rallied 250%7 over the past five years – there seems to be little in the way of a margin of safety in owning them today.

1 Global share market returns refer to the total return of the MSCI All Country World Index.
2 In US$ terms.
3 Central banks include ECB, BOJ and the Fed. Source: Yardeni Research, Inc.
4 List of economic expansions in the United States. Source: Wikipedia.
5 There is no formal definition of what marks out a FAANG stock. The acronym originally stood for Facebook, Apple, Amazon, Netflix and Google, though in recent years it has become a terminology that describes a wider basket of high-growth technology companies.
6 Our eleven FAANG stocks include: Microsoft, Facebook, Apple, Amazon, Netflix, Google, Twitter, Tencent, Alibaba, Baidu and Nvidia.
7 Based on an equally weighted basket of our eleven FAANG stocks.