Still, very much, The Lucky Country 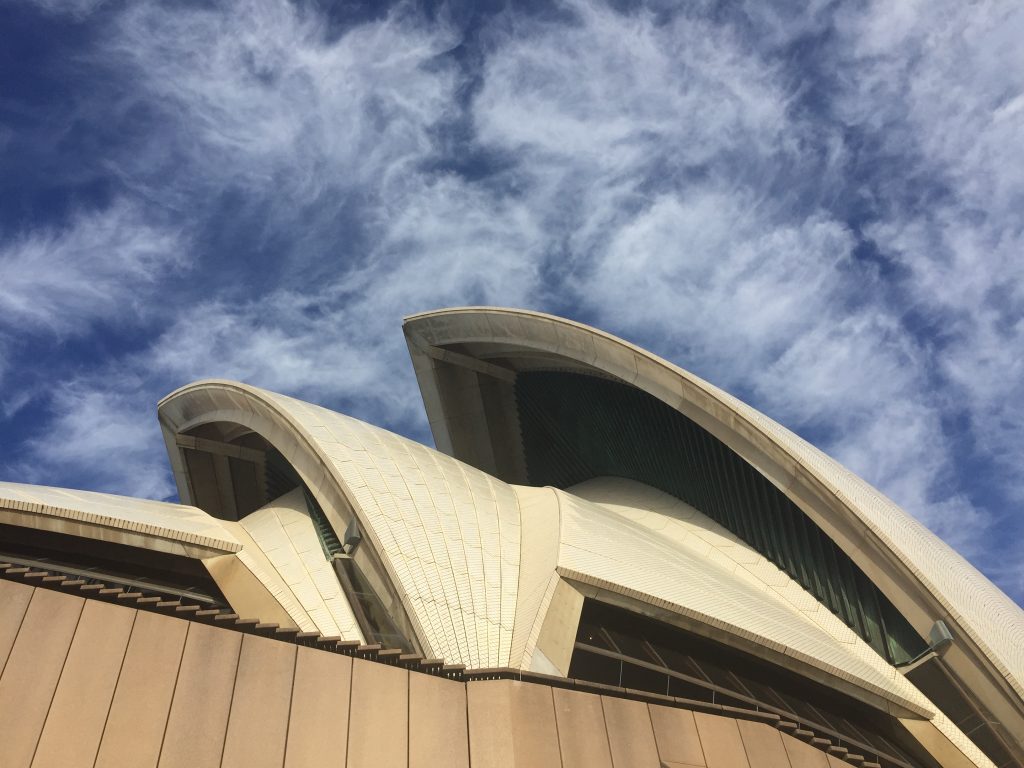 We’re so used to hearing Australia referred to as the Lucky Country that it often comes as a surprise to learn that Donald Horne, the author who coined the phrase in his 1964 book of the same name, meant it as a criticism. The opening sentence of his final chapter gives the book its name.

“Australia is a lucky country run mainly by second rate people who share its luck. It lives on other people’s ideas, and, although its ordinary people are adaptable, most of its leaders… …so lack curiosity about the events that surround them that they are often taken by surprise.”

It was meant to be a damning account of the Australian political class, who Horne believed were bereft of original thinking and ideas at a time when, he believed, great economic and technological changes were taking place in other countries. Rather, instead of being innovative, Australians had been lucky, inheriting from the British a system of democracy and rule-of-law, alongside the wealth an entire continent of natural resources had to offer. He worried that Australia did not deserve its luck and that, unless it lifted its game, its good run would not last.

Today the phrase is almost a badge of national pride, used to describe everything from our lifestyle to our prosperity. Its modern meaning underpins a “she’ll be right” positivity that Australians are famous for, a complete contrast to the message Horne was trying to deliver. (That his phrase was so misused was a source of great frustration for him, “I have had to sit through the most appalling rubbish as successive generations misapplied this phrase”).

Horne was a committed republican, well before there was any real republican movement in Australia, and much of his criticism of Australia stemmed from these views, and his belief that Australia still looked to the United Kingdom for political ideas and leadership. His follow up book, “Death of the Lucky Country”, published in 1976, continued this theme.

If Australia was still looking to the United Kingdom for leadership in the 1970’s, the wry among us might note that the country clearly needed better glasses. In 1976, sinking under unstainable budget deficits and runaway inflation, the United Kingdom needed to be bailed out by the International Monetary Fund, in what was the fund’s largest ever bailout.

Far from importing the militant unionism which engulfed British society in the 1970’s, and led to power rationing and a three-day work week, when the Union (Labour) party returned to power in Australia in 1983, it embarked upon some of the most forward-thinking reforms any developed country had seen.

One of these, the Superannuation Guarantee reforms of 1992, addressed the future social-care funding crisis that all western countries were facing with their aging populations. Twenty-five years on, remarkably, this ticking fiscal time bomb is still an issue that politicians in most other developed countries fail to have the courage to talk to their electorate about

Today, Australia is a far wealthier county than not just the UK, but also all the other nations Horne had in mind in his writings. That wealth, in the wonderfully Australian egalitarian model, is also far more equally spread than in any of these countries too. According to the annual Credit Suisse Global Wealth Report 2017, wealth per capita in Australia today is second only to that of Switzerland. (Given Switzerland’s position as a wealth manager to world, we can comfortably remove it from our analysis on the basis that much of this wealth does not belong to the Swiss people as much as to Swiss “tax residents”). Average wealth per capita in Australia in 2017 was US$402,603. This is 97% higher than Germany, 53% higher than France, 45% higher than the UK, and 4% higher than the USA.

Under this measure, among large wealthy countries, Australia is second only to Japan in its wealth equality, with a Gini coefficient of 0.65 compared to Japan at 0.61. However, while Japan may be marginally more equal, this is considerably overshadowed by the fact that Australian average wealth per person is 79% higher.

And where has all this wealth come from? Undeniably Australia’s natural resources laid a tremendous foundation. But too often this simple observation overshadows the bigger picture. For one, Australia’s heavy reliance on natural resource industries has often been as much a curse as a blessing, tying large parts of the economy to a searing cycle of boom and bust. Australia was also not the only country rich in natural resources that began its life with British institutions. Much of Africa wears that crown, as does Canada, New Zealand and India (Gini coefficients of 0.74, 0.72 and 0.83 respectively, wealth per person 36%, 16% and 99% lower respectively).

In fact, the country that invented WiFi, Google Maps and the ultra sound machine can very comfortably call itself the clever county as much as the lucky country. Today one of Australia’s biggest export industries is education. As a percentage of GDP, Australia generates more revenue from exporting education to the world (1.2%) than both the USA (0.2%), and the UK (0.5%), despite these latter two countries’ famous universities. In the process, Australia attracts the best and brightest from around the world, many of whom, after studying, stay to call Australia home.

Wealth on its own is of little use if you don’t hang around to spend it. Here Australia continues to excel, average Australian life expectancy at 83 years is the fourth longest in the world (behind, in order, Japan, Switzerland and Singapore). While the Australian health care system is today, like so many Australian institutions, the envy of the world. The Washington-based Commonwealth Fund recently ranked health outcomes under the Australian health system as the best in the world. This being despite the fact that Australia spends less on healthcare as a % of GDP than all of the other countries in its study.

Making your own luck

After twenty-six years of uninterrupted economic growth, the absolute size of the Australian economy at US$1.3Trn (population 24M) is now comparable to that of Russia (population 144M), a nuclear power which occupies a permanent seat on the United Nations security council. Australians have a better quality of life than the Dolce Vita Italians (where youth unemployment is 35%, and debt to GDP is 133%) and better social mobility than the famously egalitarian French (a country which hasn’t run a balanced budget for 44 years). As a nation, we have created more wealth per person than the USA, yet spread it more evenly than communist China.

A generation on, the fact that Horne’s critical tagline of Australia has been co-opted by the nation will be no great surprise to the red-headed among us called Blue. Dry humour runs deep within the “ordinary people” Horne felt needed a new, more radical, society, as does another defining Australian trait: self-deprecation. There is no doubt that a little over a century ago Australia started its innings on a batting friendly wicket, but luck certainly isn’t what has put all the runs on the board. Whilst it perhaps has not been to Horne’s taste, Australia’s world-beating prosperity has been built on intelligent incrementalism, not revolution. A modest society that has quietly set about getting the job done.

Share
< The Goldilocks Economy: Keeping the Bears at Bay End-of-cycle and riding an ageing bull >