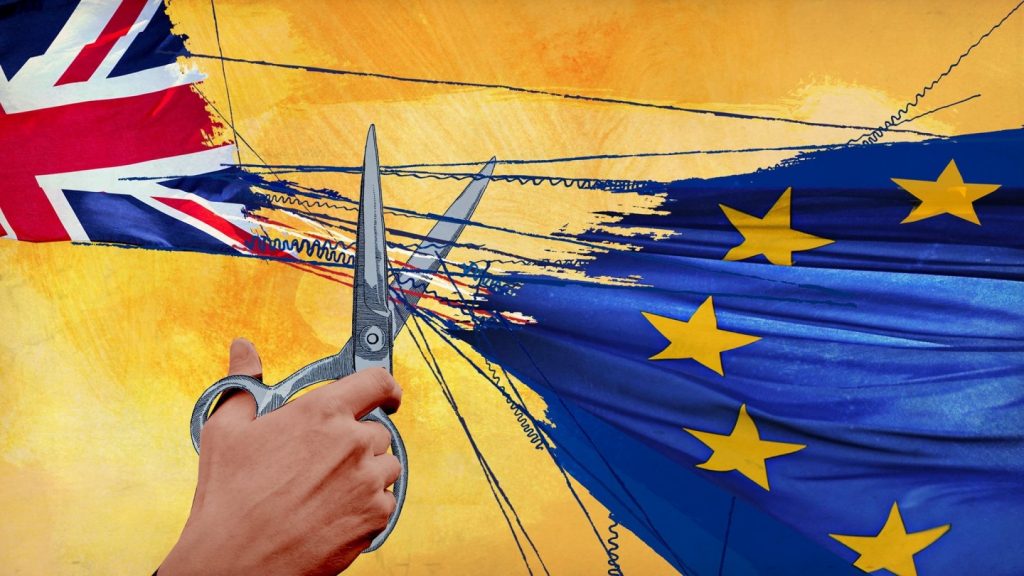 Be careful what you wish for.

There was a time when most Brits would have given anything to have something other than Brexit dominate the news. For several years, in both the run-up to the referendum in 2016 and its aftermath, it felt to many like no other subject got a look in. Nobody would have foreseen that a global pandemic would be the thing to push Brexit down the agenda.

That doesn’t mean it’s gone away. On the contrary, we are fast approaching the date when Brexit gets real, and the UK leaves the EU’s Customs Union and Single Market. On the current trajectory, a ‘no-deal Brexit’ has increasingly become a possibility that investors should be prepared for. October looks set to be a critical month where it all comes to a head.

As a reminder for those that aren’t following it so closely, and many Britons themselves would fall into that camp, the UK left the EU in January 2020 but, for the time being, remains within the EU’s Customs Union and Single Market and continues to adhere to EU trading rules. According to a Withdrawal Agreement signed by the EU and Britain, this transition arrangement ends on 31 December 2020 – a deadline that, in theory, can no longer be extended after a 1 July 2020 cut-off passed. For practical reasons, both sides have set October as a deadline so that businesses have time to prepare for either outcome and, if applicable, respective governments have time to sign up to what has been agreed. Specifically, one key target date is 15 October, which coincides with the beginning of an EU Leaders summit. As Prime Minister Boris Johnson put it: “if we can’t agree by then, then I do not see that there will be a free trade agreement between us. And we should both accept that, and move on”.

So far, progress from the negotiations has been painstakingly slow, with key sticking points being access to British fishing waters and the EU’s insistence that Britain first commits to a ‘level playing field’ on state-aid, consumer protection, social, and environmental matters – something that is hard for a pro-Brexit government to square with its claims of ‘taking back control’. Meanwhile, there is the puzzle of Northern Ireland and the need to avoid a hard border. The spirit of compromise was not helped by the UK government’s recent decision to introduce a draft law that unilaterally overrides some of parts of the withdrawal agreement – a move that by the government’s own admission would break international law, albeit ‘in a very specific and limited way’. The EU has said it would legally challenge the bill if it was adopted in its current form.

As far as everyday life for Brits is concerned, little has really changed since 2016. COVID-related restrictions notwithstanding, Britons have continued to enjoy virtually frictionless travel around Europe, and businesses have continued to trade goods and services with the EU seamlessly. This may explain the air of complacency that has set in since 2016, at least on the part of the general public, with the doom-and-gloom predictions at the time being seen as discredited – never mind that most of these predictions covered the period when the UK left the EU for real. In the absence of a deal, however, the difference come January 2021 will be real and actual disruption.

Ruling out the scenario where somehow an all-compassing free trade agreement is signed – something that even the biggest optimists would now concede is unlikely – the possible outcomes are likely to be:

So, what are the consequences of no-deal Brexit? Over the past few years, analysis by National Institute of Economic and Social Research (NIESR), HM Treasury and HM Government have estimated, on average*, that a no-deal Brexit would cost Britain approximately 7% of GDP by 2030 relative to remaining in the EU. This compares to an approximate 5% relative loss of GDP by 2030 under a free trade agreement. In the near-term, NIESR put the impact on GDP over the 2019-2024 Parliament at -1.8% under a free trade agreement, and -2.9% under a no-deal scenario.

Of course, these studies pre-date the pandemic and the figures, though shocking at the time, are now dwarfed by the enormous impact of the pandemic, which saw UK GDP fall 20.4% in Q2 2020 and is expected to see overall 2020 UK GDP down 10% year-on-year. Instead of a noticeable economic shock, the economic impact of a no-deal Brexit is therefore more likely to be felt in a slower recovery from the downturn.

For a more tangible and immediate example, the UK media has reported that a confidential government document has warned that under a ‘reasonable worst-case scenario’ we could see queues of 7,000 lorries in Kent and two-day delays to get into the EU. More importantly for readers of this post, Brexit still has the ability to cause significant swings in the price of Sterling and UK assets, both positive and negative, and we could see substantial  volatility in October as a result.

Nothing focuses the mind like a deadline, and perhaps this will be yet another case of a deal being hashed out in the final hours. However, investors risk being overly complacent if they assume this is the only possibility and have given no thought to the messier scenarios a no-deal Brexit might bring. Either way, and after years of delays, we should know the outcome very soon.

Miles Staude of Staude Capital Limited in London is the Portfolio Manager at the Global Value Fund (ASX:GVF). This article is the opinion of the writer and does not consider the circumstances of any individual.

*Average of the studies’ central cases for each scenario